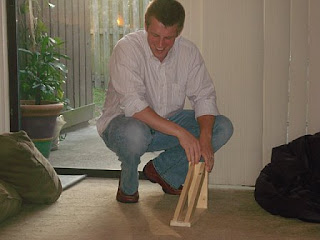 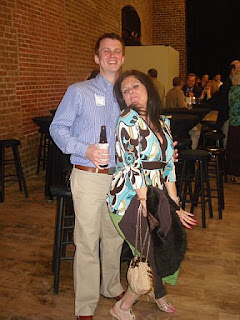 I think you loved this more than you let on. 🙂 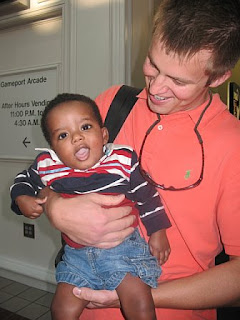 Meeting Tek for the first time. I do believe that your sunglasses’ strap in this picture became a casualty of Tek’s grip at a later time. 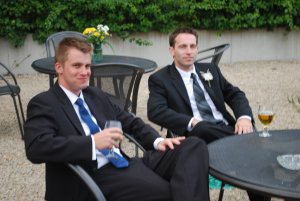 The Men in Black… watch out ladies!
I would like credit for leaving out two pictures from this tribute… two clues: 1. Amanda’s manicure 2. red scarf (man I really wanted to put that one in here too!) You may thank me at any time. 🙂
Happy Birthday Country Boy… we realize that it won’t be as awesome a birthday in Wrongsville as it would be in the basement of John’s Bar getting beat at darts… but it will be a good day nonetheless. 🙂 (Yes that was me talking smack… how’d I do?) Anyway, we hope its your best and biggest ever! (That’s what she said.) Now go have whatever you like.

P.S. Its very sad that not everyone can hear my music. I pick out such fitting songs. 🙂 Guess you will never know!