>For those of you who heard me speak at Tapestry or listened to the podcast, I’m rearranging the lessons a bit. I never seem to like anything the way I do it the first time.

In my last post I made the claim that becoming a “hero” is simple. I want to clarify that I think the principle, recognizing a need and then addressing it, is simple. I do not believe it is easy. If it was easy, everyone would become a hero without excuse. I established that an attribute I see in a hero is the inability to walk away from a recognized need; the second attribute I see in heroes is that they are not scared of sacrifice. I shared examples of three heroes I know here in Savannah: a Big Brother, a nurse taking a medical trip to Haiti, and the founder of a charter school. While the principle of what each of them did to become heroes… seeing a need and choosing to address it is simple; the sacrifice needed to follow through to meet each of those needs can be a little more difficult to swallow. Giving up many of your Saturdays when you already work an incredibly full work week is a real sacrifice. Fighting through the walls of a wounded child and their parent is not easy. Raising money for a trip to Haiti, is not easy. Giving up your vacation time (especially when you live so far from home) is certainly a sacrifice. Starting a school…. well, need I say more??? NOT EASY. Each hero has to make sacrifices in order to meet the needs they cannot ignore. But a hero isn’t afraid of the sacrifices they have to make. In my previous post, we learned about the many sacrifices Abebech Gobena faced. Ruth (the woman who started the ministry for street boys) has to give up time she would otherwise spend studying to make sure the boys get an opportunity to learn. Catherine Hamlin is still (after coming to Ethiopia in the 1950’s) sacrificing what many of us would consider a normal life, to serve women who would otherwise never have an opportunity at life. In order to be a hero, on any level, it requires sacrifice. And sacrifice is never easy, especially for the current generations of Americans. There are few Americans alive today that understand the principle of doing without. We live in a time of instantaneous gratification. Hungry? Throw something in the microwave for a minute. Need cash? Use the atm, no need to actually wait in line inside a bank. Want to be entertained? Turn on the television and be overwhelmed by the choices you will face. The idea of sacrifice is becoming foreign as each generation passes. But there are still people that understand just because you CAN have something, doesn’t mean you NEED to have something. This is a principle you struggle to teach your children. Right now, Tek says everything is NEEDED. I NEED candy. I NEED Veggietales. I NEED the ball. We are constantly correcting him and trying to teach him what he actually needs and what he wants. It’s not an easy task. Since this struggle with him, I now see that I have to ask myself the same question. Do I NEED this? Or do I WANT this? I’m ashamed to admit that I blur those lines more often than not.

As an attempt to teach my son this principle I still struggle with, I decided that Christmas gifts should be kept to a minimum. I rewrapped a few of his birthday gifts (isn’t it wonderful when they are young enough to do that?!) and only bought him underwear and a pack of t-shirts. Yet still on Christmas morning after all the gifts were received from family… he had this incredible mound of gifts that was more than a little embarrassing. The reality of exactly how much he received didn’t set in until I was at AHOPE’s Christmas party in Ethiopia. AHOPE is an organization that supports orphans infected with HIV. We volunteered with them for a significant portion of our trip. It is a terrific organization that not only provides the basic needs to these orphans, like food, shelter, and medication, but it also provides a loving environment and an excellent education. (Thank you to everyone who saw the need for AHOPE sponsorship and sponsored a child. I cannot express the impact you are making.) We were there for their Christmas celebration. In Ethiopia exchanging gifts for Christmas is not a common practice, but they decided since they were celebrating Jesus’ birthday, they would also celebrate the birthdays of all the kids. They don’t celebrate individual birthdays for a couple reasons, but the main reason is that they don’t know many of the children’s birthdays. I discovered the truth of this when I was asking one of the older boys how old he was. He said, “I don’t know.” (Most of the children speak very good English.) I said, “hush! Come on, really how old are you?” I thought he was just being a stubborn teenager. I wish I would have seen my friend that had been volunteering for a while standing behind him shaking his head telling me to shut up. (All who know me know very well that I stay quiet as soon as I am told to.) But after several minutes of him adamantly denying knowing his age, I gave in. It was a really tough moment, he was likely 16 or 17, but the idea of having no clue how old you are?? Unimaginable.

Anyway, back to the Birthday/Christmas celebration. All the children were given birthday hats to wear and they brought out several large cakes and everyone sang “Happy Birthday to Me!” And then here comes the waterworks from yours truly. Each child was given one birthday gift. I was recruited to hand out the gifts to the children. As I handed out gifts to the children and their faces lit up, I couldn’t help but go back to Christmas at my house when Tek tore through gift after gift. Tek is grateful, saying thank you after each gift. But he got so much he couldn’t possibly treasure any gift the way they treasured their one. Not to mention he played with the paper more than the toys! These children opened their gifts, most were 50 cent stuffed animals that you can win in those arcade games, and they were overcome with joy. Many ran and put the toy in their cubby, which held everything they owned: a couple items of clothing and now a stuffed animal. They were so excited showing everyone, protecting the toys, naming the toys. I managed to hold back tears this entire trip (including one of the most intense experiences I’ve ever had, which I will be talking about in the next post) but at this moment, when I looked at these children and say the face of my little boy… I was overcome with emotion. These children knew how to do without. They know the difference between a want and a need.

Sacrifice is defined as “giving up something of value.” Ethiopia taught me that sacrifice is relative. Sometimes going without things or experiences is really not that great of a sacrifice. Sometimes it is. When I go without lunch to finish a proposal, I feel like I sacrificed a lot because I traded my lunch for something of little value to me. When I went without lunch so I could serve street boys, I felt like I sacrificed nothing because my meal meant so little to me in comparison. I bet my friend that sacrifices an afternoon to spend with a fatherless boy doesn’t feel like he is sacrificing a lot. I know my friend going to Haiti will arrive there and feel like she sacrificed nothing to be there. And I know my friend starting a school will open its doors and watch the impact on the young people and feel like the countless hours she “sacrificed” paid off. In all these situations, the sacrifice was well worth the outcome. Sacrifice is indeed relative. Once you learn the difference between a want and a need, you will sacrifice far more and never feel like you sacrificed a thing. 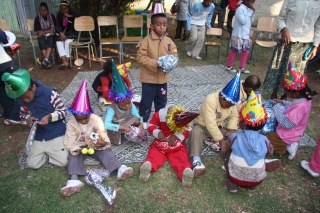